Much has happened since my last entry here, but at least I got my diary back and can keep noting my observations.

The Roman senator Gnaeus Titianus was right – the world has changed entirely. The ancient power of our artifacts is now placed behind unbreakable walls and guarded by huge armies. Many local wars are raging between people for that power; villages are being destroyed and conquered all the time. The main mystery behind these scattered lands has now become apparent: One lord can rule all five tribes.

The senator was really interested in our tribe's history. People do not know much. While talking to him, I had the feeling that he had some other thoughts. For some reason, he hurried back to the capital of his Empire, but he told the Huns, who seemed to be obeying his orders, to keep me here until his return.

I may walk freely around the Huns' camp, but this freedom is just an illusion. I am as much a prisoner there as when I spent those days cramped in a small cell in a Gaul village. Nenet visits me at night, avoiding the camp during the day; the Huns are famous for their sharpshooting bowmen. They see no threat in my presence. For a long time, our tribe can be met here only in abandoned villages. The Horn of Natars – the mighty artifact that makes us weaker against those who hold it – is sold in the local auction for just 100 silver pieces and mostly serves as a wall ornament for their homes.

I was still awake when I heard some noises coming from the rally point. I hurried over there and saw a group of steppe riders animatedly discussing something with their leader, a Roman hero, who was sitting atop a thoroughbred and wearing Boots of the Warrior. As I approached, I managed to overhear what they were discussing:

An attack launched at midnight is coming from the Gaul village located 74 tiles away from Askuzai. The total travel time of the incoming troops is two hours. The attacking Gaul hero is wearing Boots of Health and a shield. The Huns decided to hide resources in the crannies and follow the troops home to kill them the second they return. They figured out that the tournament square in the Huns' village is ten levels higher than in Gauls'.

A wave of excitement washed over me. The guards will be too busy letting the steppe riders out the gates at that time and wouldn't notice an extra person silently joining them. This was my chance to escape.

Calculate the time when the counter-attack will be launched and help Shu escape.

Hint: Please remember that the Tournament Square has double effect on Path to Pandora servers. To solve this task, you can use Kirilloid Travian calculator.

The correct answers is:

To His imperial Majesty,

I am free again! Everything went as planned. When I came to the gates, no one noticed me and I was able to sneak away from the village together with the riders. Now Nenet happily sits on my shoulder and nips my ear for all the time I left him here alone. I patted his back – I missed him too!

Luckily, I have all my clothes again and can travel in disguise. I decided to use this edge and go away as far as possible from the Hun village. I opened a map and looked at the coordinates: (104|−59).

During the first part of my journey, I traveled as a druid rider towards the east for an hour, turned south, and proceeded in that direction for three hours at the speed of a marauder. Still scared that the Huns from Askuzai would find me, I donned Teuton clothes and traveled as a Teutonic knight westbound for seven hours. There I met a group of Sopdu explorers heading south and joined them in disguise. It wasn't difficult at all, since they cover their faces from the sun and sand. Finally, after just one hour we crossed the mountains and I entered a small Gaul village where I felt safe enough to stay for a while.

Something strange happened this morning. I was still resting in the small village, trying to find out more information about all the other tribes before I return home. This is when I saw an old druid headed to a neighboring house. Soon after he entered the building, a gray wind full of dust came from nowhere and the village turned into a Natar village. At first, I didn't feel anything unusual – I had seen such a transformation before.

However, the village was ours for just a few minutes, and then it returned to its original state as if nothing had happened. I had a strong suspicion that it was somehow related to archaic druid manipulation and asked Nenet to secretly inspect his house. What Nenet brought to me made my blood curdle. It was a piece of parchment with just one line: “The First Craftsman’s Diary”. Wasn't that the venerable title of work by your greatest ancestor, the creator of the mightiest artifacts of the past?

I remembered legends about the diary, wherein he described in detail how to make the great artifacts of power. Knowledge we believed to have lost forever seems to be here somewhere, in these distant lands. Some others are looking for this knowledge too. I inspected the parchment and only then noticed something etched on the other side.

What was it? A clue?

What was shown in the image? 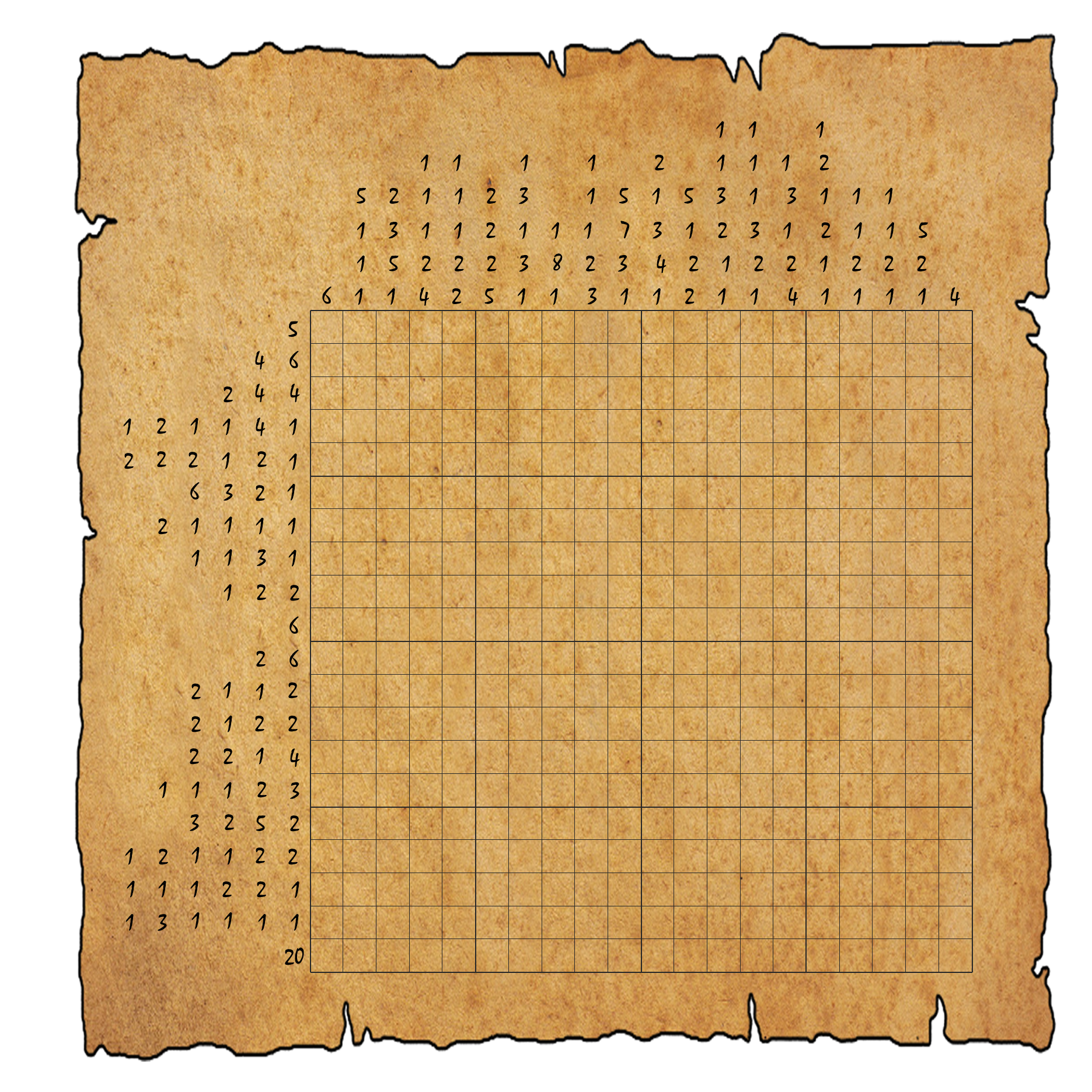 The answer is a volcano/erupting volcano 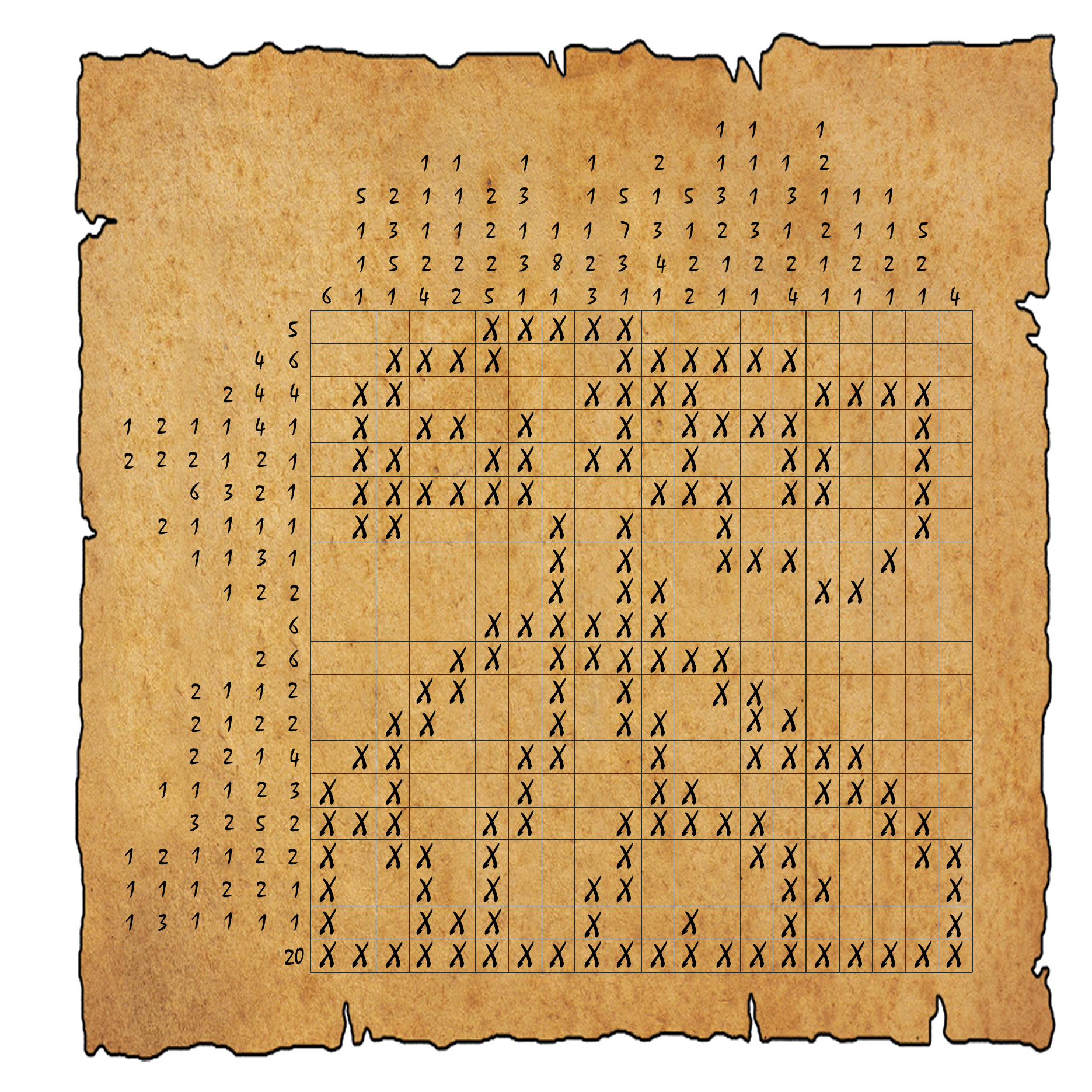 I deciphered the image on the parchment. It was a volcano. Of course. Our tribe has a long tradition with the volcanoes, which gives us unusual power and abilities. Our craftsmen could only forge their artifacts from deep within the volcano. When the first craftsman disappeared, taking all the secrets of how to create them with him, our tribe began to decline. We were no longer as strong as we had been in the past and people started to take advantage of that – settling in our area, conquering our World Wonders and stealing the remnants of our artifacts. But now everything will change. No one knows where the first craftsman had disappeared to and where he hid his knowledge. Until now. I found out that there are only two volcanoes in these lands and I decided to visit them both. Nenet is not really happy with this idea – he hates the hot columns of air above the volcanoes, but he will follow me wherever I go.

I arrived at the one in Brundisium early in the morning. When I came to the foot of the mountain, I saw that a path to the top of the volcano was guarded by a haeduan and a druid rider. A sign on the gates warned that they were ancient guards of this place, who knew everything about it, and each of them would either always tell the truth or always lies. When I came closer, the haeduan told me: “At least one of us always lies." And the druid rider added: “This is the place you've been looking for."

Are the haeduan and druid rider telling the truth or lying? Is this the place Shu was looking for?

The haeduan is telling the truth and the druidrider is lying.
So this is not the right volcano. 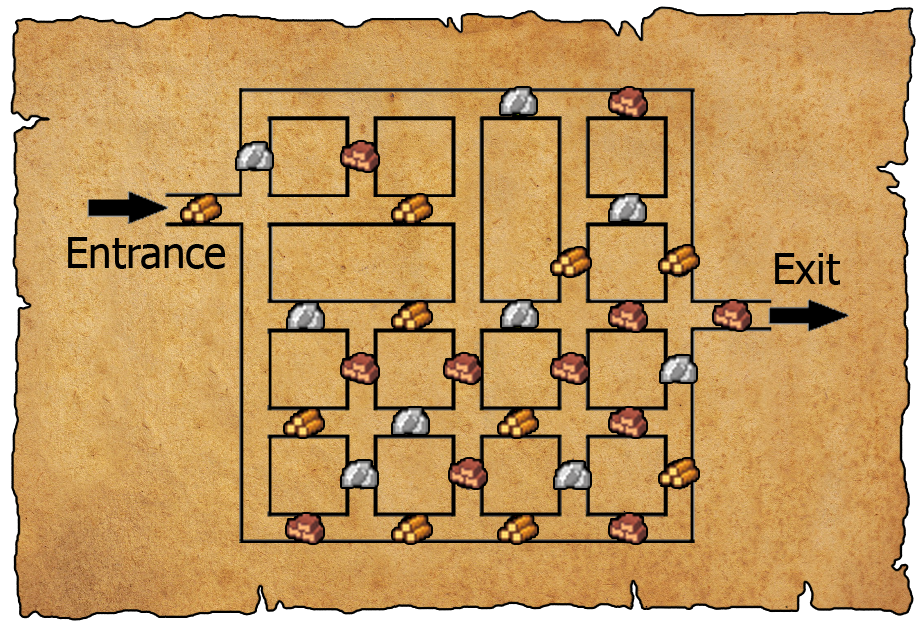 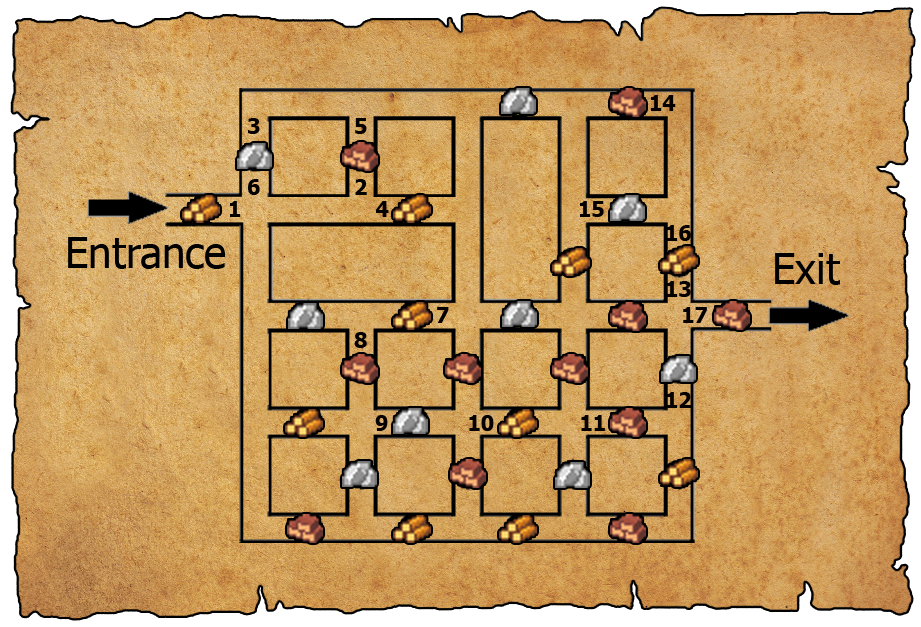 Your famous ancestor was a man of great talent. It was pure luck that I didn't stay in his maze forever. I avoided adding my bones to those already lying around all over the place but the greatest surprise awaited me at the end.

Right at the exit to the maze, there was a small hut decorated by images of war elephants – the First Craftsman's favorite units – and I finally realized that the journey was over.

With bated breath, I entered the hut. It was empty! Well almost, a young boy – a Gaul pathfinder – was inside. He looked at me with his big eyes, scared to death.

Only then I remembered that I forgot to put on my usual disguise in the forest and was traveling with my natural Natar appearance.

"I have never seen a Natar soldier up close," said the boy with a trembling voice, "my name is Edward. And it seems we're looking for the same diary, aren't we?"