Good things never last. The month I spent in hospital healing from the wound passed too quickly, yet much has changed.

First of all, the empire prepared to celebrate the XV anniversary. Fifteen years ago, the first three tribes – the Romans, Gauls, and Teutons – came to these lands and settled here together. People recalled glorious times, solved puzzles, congratulated each other, and got ready for the traditional feast. Then, distant lands where no one had ever seen the Wonders of the World, became engulfed in the fight for supremacy. Alliances devised strategies for conquering regions that gave them unusual powers. Heralds announced that newly settled villages, especially the first three, will provide far more resources than normal. The war was going to be fierce and the hospital also decided to relocate to help the wounded in these lands. The lands of Codex Victoria.

Well, on a positive note: I am now as healthy as before, while my murderers believe me to be dead. On the other hand, my master seems to believe exactly the same thing.

Of course, I didn't think he would have looked for me all this time, but he could at least have kept my clothes and other belongings!

The first sign that my master had left me here alone quickly became clear when I returned to the tavern. It was a stable boy in a very familiar shirt, now covered in mud, who was grooming a war horse. The very same shirt that my sister had embroidered as a gift before I left home. A warrior in a shiny breastplate, who was staying nearby and lazily watched the process, quickly extinguished my desire to get my shirt back, together with the boy's skin. Damn!

It seems that from now on, I am Lonely Shadow. I slowly wandered around the place, trying to come up with what to do next. To my disappointment, the Gods decided that I was enough in their favor and, in their wisdom, opted not to send Lonely Homeless Shadow any bright ideas. And as if this loneliness was not enough, the skies released the first scatters of rain.

Relocate with the hospital? But they had already left and I doubt I could catch them on foot.

Find another master? My short service proved that I am not the best at being a servant. And who would hire a complete stranger in this dangerous world nowadays?

A few hours later, Lonely Homeless Hungry Soaked Out-of-Ideas Desperate Shadow was ready to do anything to prevent his name from growing any longer.

And at this very moment, my world turned upside down again. I saw… HER.

She was walking along the street, in her beautiful purple tunic, deep in her thoughts and seemed not to notice anything.

My heart jumped up and down, and started to tingle. I instantly felt a strong connection with her. Even totally soaked, I felt how warm blood pulsed through my veins. It was the most beautiful feeling I had ever experienced in my life. The hope.

"Signora Martina," I said hoarsely. My lips were blue with cold. "I might have something that you have been looking for and I am ready to give it to you in exchange for your help." The lady stopped and raised her left eyebrow. She seemed intrigued: "The Teuton plan for a Wonder of the World!"

Well, I've never seen such astonishment before in my life!

Task: Recently, the empire has been puzzled by a codex that came here from the east, together with the new tribes. Solve this codex. 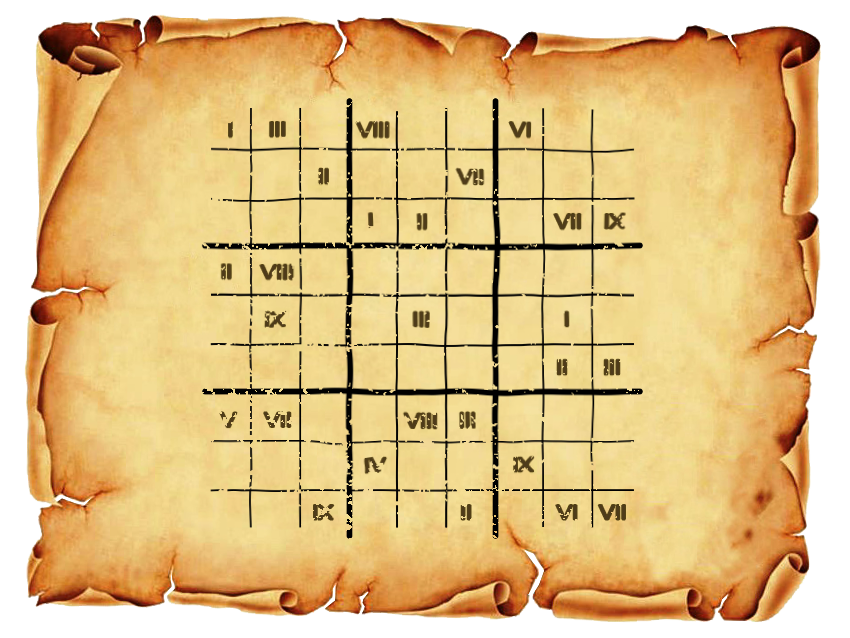 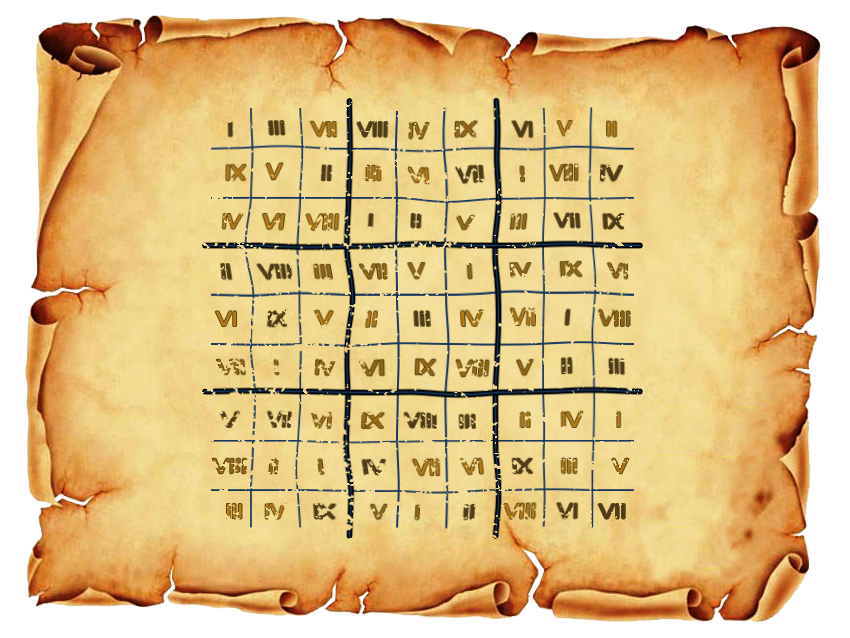