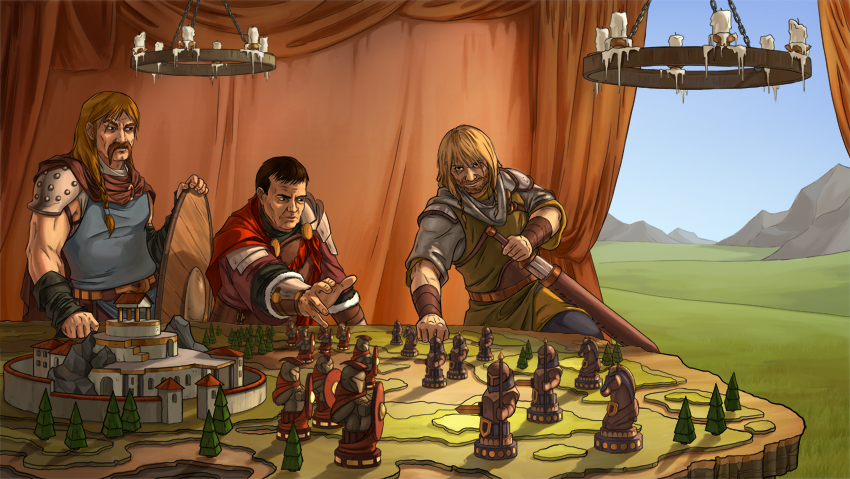 The capital stunned me to the ground. Being, in fact, a villager during my whole life, I have never been in such gorgeous place. Strong buildings with stone walls, fountains, mosaic pavements, stained-glass windows – I was literally caught by every detail. And lots of people around.

All of a sudden I saw my current master from a different perspective. The ostentatious clothes that I before perceived as integral part of a rich aristocratic person, all jewelry he had put on before arriving in the capital revealed not only his gaudy taste but also his insecurity about the future. These features contrasted both with the plain elegant clothes of local citizens and the gloomy expression on his face. Now I wasn't sure anymore that our journey to the capital would be successful. And I was right.

“Have you brought the scroll you promised the Emperor?” An old senator in his snowy tunic decorated by a single purple stripe gave us a cold piercing look at the entrance. The ice in his voice felt so real that my master shivered.

“Not yet, I need more time to find that scroll. I am still sure that my family has it…” mumbled my master with a shaky voice that was the total opposite of what I heard from him all the time. Where did all his usual arrogance go?

“Then you cannot go ahead.” replied the senator with a boring expression on his face and immediately lost interest to us. The audience was over.

That was fast. Now my master is sitting in the nearby tavern solacing himself with the drink and I am left on my own. Well, this is my chance to find out more! While I was going back to the palace, I caught conversations here and there about the huge event that is happening there right now. People excitedly talked about the representatives of multiple lands that gathered here to discuss the future of the Empire.

There were 8 of them:

The more I heard about them, the more I realized that I want to present there, but it would be difficult to join without being invited. But does my name mean nothing? You can’t stop Shadow! I sneaked close to the doors and watched how representatives arrived at the palace. And soon I found out how I can come in

All representatives of the lands were wearing a special sign, similar, but unique for each person, that gave them access to the palace. Find out which sign should Shadow wear in order to get in. 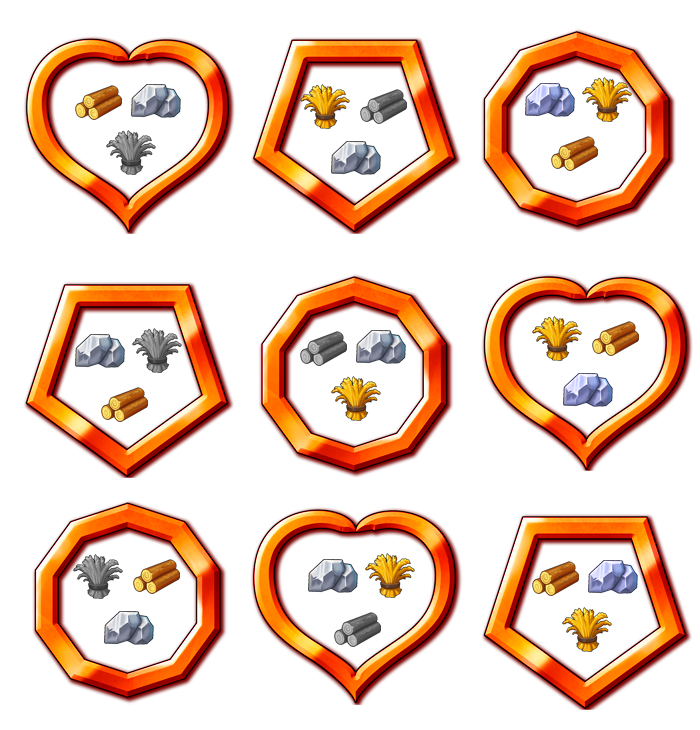